Have you ever wondered… What are those feelings and actions that successful people do on a day to day basis? Especially, people who already reached a goal that you haven’t reached? How can you feel what they are feeling right now?

Have you heard Steve Pavlina’s audio cast about faster goal achievement? He talks about many things that are related to reach your goals, but he goes into specifics about changing your identity in order to reach your goals faster.

For example, his goal in 2005 was about becoming a millionaire and he had to change his way of doing things in order to reach his goal. The first action he changed was having cash in his wallet. He used to have about $60 in his wallet, but slowly changed into having at least $200 and continued to grow. He also decided to change his perception of money. $10,000 might seem like a lot to some people, but not to millionaires. He started to think bigger and $10,000 was not considered to be “a lot of money” anymore. If you mention $150,000, then yes, that would have been considered “a lot of money”. He continued to grow his perception and little by little he understood the true meaning.

What is this about?

Steve teaches us that it is not about setting a goal, but about having the feeling of reaching the goal. Habits dictate our behaviors and if we are able to move out of our comfort zone, we might be able to find amazing discoveries. Have you ever done something that you did not think was possible? Maybe it was something in school with the family or something at work? The greatest feeling about completing that task is knowing that you did it. Through aches, pains, maybe even long study nights, you were able to reach that end result. Nobody can take that away from you.

Steve mentions this feeling in his podcast about “knowing what it’s like to be a millionaire and another to really get it”. Of course you need to be careful and not overdo things, like going into debt and spending money all over the place, but even if you do something like that you are going the wrong path. The idea is to understand the feelings and emotions of those successful people so you can replicate that. Just listen to your gut feeling and listen to the habits that are aligned. Go out of your comfort zone, but don’t stretch it.

This lesson can be applied to many other areas, not only money related, it can be applied to weight loss, relationship goals, career goals, etc. Don’t be afraid, just go for it and apply the lessons and habits that will get you to the next level. I know you will be successful. Just go for it and remember, achieving your goal is not about the destination, but about the journey that will take you there. In that journey you will explore your identity as a person and as the person reaching that goal, so don’t worry, just go out there and make it happen.

If you want to hear the podcast, click here and scroll down to audio #19.

Staying Motivated in Reaching Your Goals

Feel Life and Achieve Your Goals 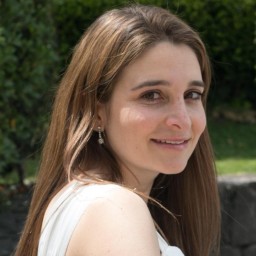